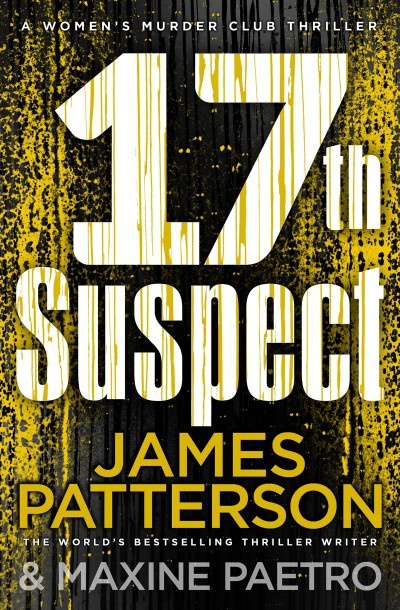 A killer who chooses victims personally gets too close to Sergeant Lindsay Boxer in the newest Women's Murder Club thriller.  A KILLER WITH A PLANDetective Lindsay Boxer is on the case of a series of shootings of the homeless in San Francisco, where the killer is methodical yet unpredictable. An encounter with a confidential informant leads her to disturbing conclusions – something has gone very wrong inside the police department itself. A DETECTIVE IN TOO DEEPThe hunt for the killer lures Lindsay out of her jurisdiction, and Lindsay’s friends in the Women’s Murder Club are concerned that she’s taking the crimes too much to heart. A PATH TO DANGERBut with lives on the line, Lindsay can’t stop herself from following the case into ever more terrifying terrain – even though the killer could cost her everything… HOW FAR IS TOO FAR?