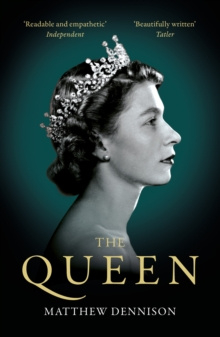 An elegant and magisterial new biography of Her Majesty The Queen.'A worthy and balanced overview of the Queen's life. Dennison is especially good on her childhood... Quietly, tactfully, tastefully reverent' The TimesFor millions of people, both in Britain and across the world, Elizabeth II is the embodiment of monarchy.

Her long life spans nearly a century of national and global history, from a time before the Great Depression to the era of Covid-19. Her reign embraces all but seven years of Britain's postwar history; she has been served by fifteen UK prime ministers from Churchill to Johnson, and witnessed the administrations of thirteen US presidents from Truman to Trump. The vast majority of Britons cannot remember a world without Elizabeth II as head of state and the Commonwealth.

In this brand-new biography of the longest-reigning sovereign in British history, Matthew Dennison traces her life and reign across an era of unprecedented and often seismic social change. Stylish in its writing and nuanced in its judgements, The Queen charts the joys and triumphs as well as the disappointments and vicissitudes of a remarkable royal life; it also assesses the achievement of a woman regarded as the champion of a handful of 'British' values endorsed - if no longer practised - by the bulk of the nation: service, duty, steadfastness, charity and stoicism.