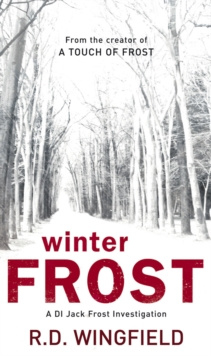 'Possibly the most accurate picture of police work in crime fiction today... An absolute cracker' - Mike RipleyDenton is having more than its fair share of crime. A serial killer is murdering local prostitutes; a man demolishing his garden shed uncovers a long-buried skeleton; there is an armed robbery at a local minimart and a ram raid at a jewellers.

But Detective Inspector Jack Frost's main concern is for the safety of a missing eight-year-old. And soon after another girl is reported missing, her body is found . .

. raped and strangled. Then Frost's prime suspect hangs himself in his cell, leaving a note blaming Frost for driving him to suicide.

Frost may be coarse, insubordinate and fearless. But he's also in serious trouble.