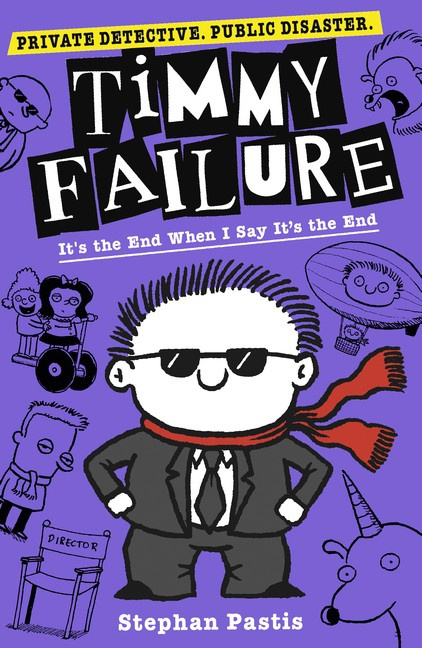 Though I, Timmy Failure, have solved many notorious crimes and now wish to enjoy my retirement, my fans have begged me to turn my memoirs into a movie, an ode to my greatness.  It's nearly Christmas, but there's no rest for the world's greatest detective. Timmy's class are making a film, and Timmy is in charge of writing it. There's only one subject matter worthy of such a film – the story of how Timmy overcame his many foes to rise to the top. But the script's gone missing, Timmy and the director are having "artistic differences", and Timmy's polar bear Total is longing to be reunited with his furry family. Timmy should have known it would end like this. He expected more.