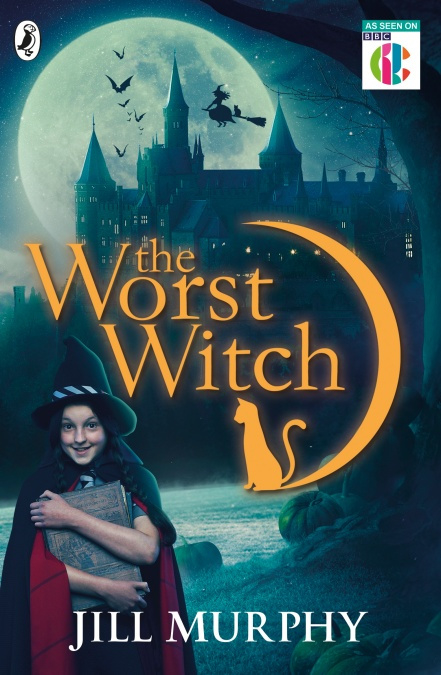 The Worst Witch written and illustrated by Jill Murphy is reissued with an exciting TV tie-in cover to accompany the new CBBC series in Spring 2017.The highly anticipated CBBC series stars Bella Ramsey (Game of Thrones) as Mildred, Clare Higgins (Doctor Who) as Miss Cackle and Raquel Cassidy (Downton Abbey) as Deputy Head, Miss Hardbroom. So hold on to your broomstick for magical mayhem!

Mildred Hubble is a trainee at Miss Cackle's Academy for Witches, but she's making an awful mess of it. She keeps getting her spells wrong and crashing her broomstick. And when she turns Ethel, the teacher's pet into her worst enemy, chaos ensues...
Jill Murphy's much-loved classic The Worst Witch is the original story of life at a magical boarding school, perfect for readers aged 5 - 9 years and now made into a brilliant new TV series with fantastic special effects!