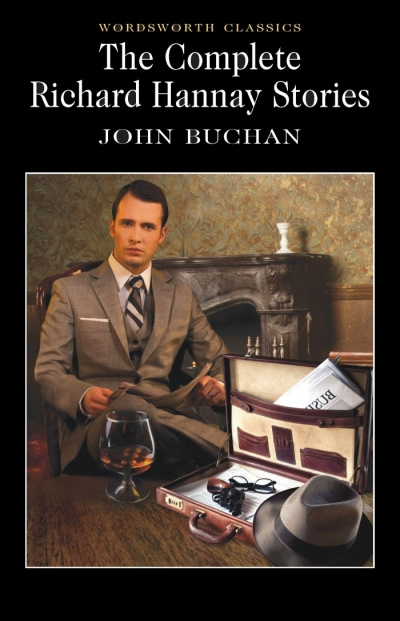 Major General Sir Richard Hannay is the fictional secret agent created by writer and diplomat John Buchan, who was himself an Intelligence officer during the First World War. The strong and silent type, combining the dour temperament of the Scot with the stiff upper lip of the Englishman, Hannay is pre-eminent among early spy-thriller heroes. Caught up in the first of these five gripping adventures just before the outbreak of war in 1914, he manages to thwart the enemy's evil plan and solve the mystery of the 'thirty-nine steps'.

In Greenmantle, he undertakes a vital mission to prevent jihad in the Islamic Near East. Mr Standfast, set in the decisive months of 1917-18, is the novel in which Hannay, after a life lived 'wholly among men', finally falls in love; later, in The Three Hostages, he finds himself unravelling a kidnapping mystery with his wife's help. In the last adventure, The Island of Sheep, he is called upon to honour an old oath.

A shrewd judge of men, he never dehumanises his enemy, and despite sharing some of the racial prejudices of his day, Richard Hannay is a worthy prototype hero of espionage fiction.