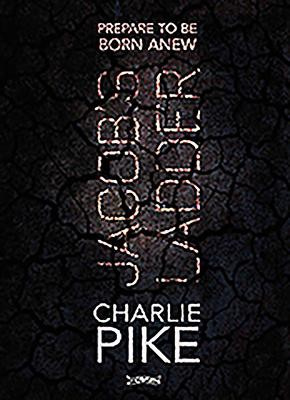 We have heard your call You no longer need to fear. You will receive five messages, of which this is the first. The last message will inform you of the time and place of your salvation.  Two hundred years from now, the earth is dying, scorched by powerful flares from the sun. A series of messages from an alien civilization sent to humanity over two centuries promise rescue to those strong enough to survive on their planet.  Initiate Leon is a member of the True Path warrior culture and preparing for his Rising. But when his test comes - to kill in cold blood - he cannot do it. To redeem himself, he must journey to find the earth’s fifth and final message from the Saviours, with the help of his resourceful servant, Martha.  Out in the wild, Leon discovers alarming changes in his body - he can drink water through his skin, and has poison barbs buried deep in his flesh. Martha reveals to him the secret that the True Path  have kept from him all this time: Jacob’s Ladder, an adaptation for life on the alien planet, has lain dormant in his genes and is now being activated. He is part alien and part human, and he is in grave danger from those who wish to take what is in his body.  An ambitious YA novel for fans of Patrick Ness, Rick Yancey and James Dashner.