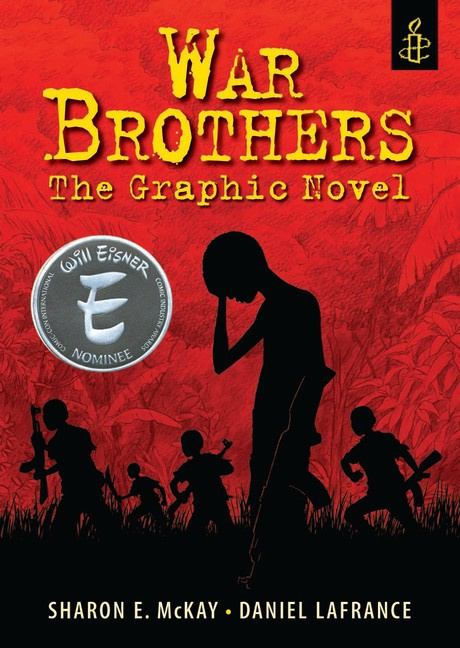 A powerful and unforgettable graphic novel, based on true events, about the capture of Ugandan schoolchildren forced to serve as child soldiers in the Lord's Resistance Army. Fourteen-year-old Jacob and his friends are sharing stories about their school break when the door to their dorm is violently kicked in. Blinded by fear and confusion, the boys are abducted from their school in the middle of the night, marched into the jungle and forced to become child soldiers in the Lord's Resistance Army – it’s kill or be killed.