Better Nate Than Ever (Tim Federle) 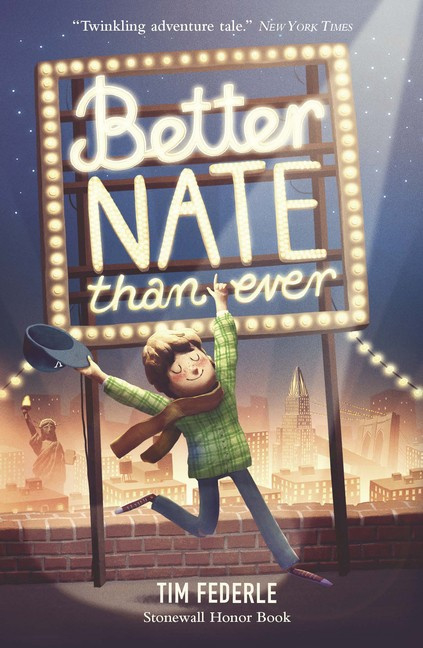 Billy Elliot meets Glee! in this award-winning book about a small-town boy with big ambitions. Thirteen-year-old Nate Foster has always wanted to star in a Broadway show. (In fact, he’d settle for seeing a Broadway show.) With best pal Libby’s help, Nate plans a daring overnight escape to New York. There’s an open casting call for E.T.: The Musical , and Nate knows this could be the difference between small-town blues and big-time stardom. Tim Federle's hilarious and touching debut is full of broken curfews, second chances and the adventure of growing up – because sometimes you have to get four hundred miles from your back garden to finally feel at home.