Race To The Bottom Of The Sea (Lindsay Eagar) 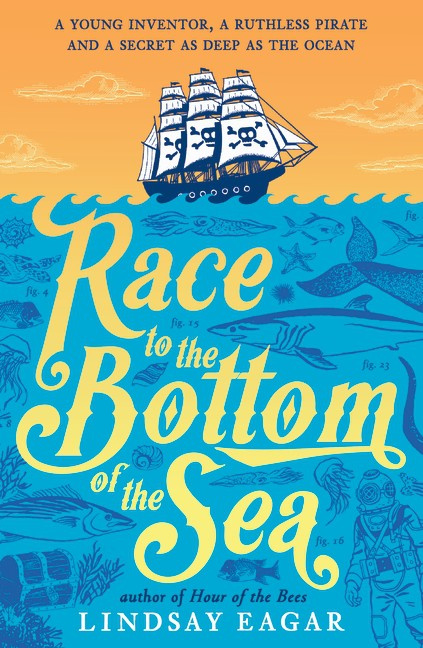 When her marine scientist parents are killed in a tragic accident, eleven-year-old Fidelia Quail is racked by grief – and guilt. It was a submarine of Fidelia’s invention that her parents were in when they died, and it was she who pressed them to stay out longer when the raging Undertow was looming. But Fidelia is forced out of her mourning when she’s kidnapped by Merrick the Monstrous, a pirate whose list of treasons stretches longer than a ribbon eel. Her task? Use her marine know-how to retrieve his treasure, lost on the ocean floor. But as Fidelia and the pirates close in on the prize with the navy hot on their heels, she realizes that Merrick doesn’t expect to live long enough to enjoy his loot. Could something other than black-hearted greed be driving him? Will Fidelia be able to master the perils of the ocean without her parents – and piece together the mystery of Merrick the Monstrous before it’s too late?