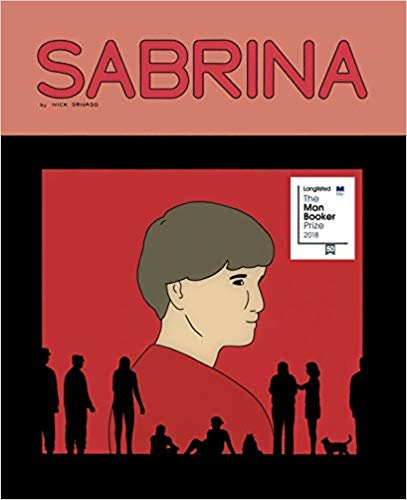 THE FIRST EVER GRAPHIC NOVEL NOMINATED FOR THE MAN BOOKER PRIZE! A NEW YORK TIMES NOTABLE BOOK! ON 20 BEST OF 2018 LISTS INCLUDING THE WASHINGTON POST, NPR, NEWSWEEK, AND THE GUARDIAN!

When Sabrina disappears, an airman in the U.S. Air Force is drawn into a web of suppositions, wild theories, and outright lies. He reports to work every night in a bare, sterile fortress that serves as no protection from a situation that threatens the sanity of Teddy, his childhood friend and the boyfriend of the missing woman. Sabrina’s grieving sister, Sandra, struggles to fill her days as she waits in purgatory. After a videotape surfaces, we see devastation through a cinematic lens, as true tragedy is distorted when fringe thinkers and conspiracy theorists begin to interpret events to fit their own narratives.

The follow-up to Nick Drnaso’s Beverly, winner of the Los Angeles Times Book Prize, Sabrina depicts a modern world devoid of personal interaction and responsibility, where relationships are stripped of intimacy through glowing computer screens. Presenting an indictment of our modern state, Drnaso contemplates the dangers of a fake-news climate. Timely and articulate, Sabrina leaves you gutted, searching for meaning in the aftermath of disaster.