Just by Looking at Him 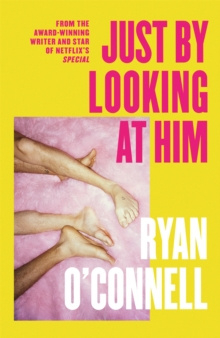 Eliott is a TV writer with a perfect-penised boyfriend. He's living the dream.

But behind the glossy veneer he's been papering over cracks, and they're starting to show.

He's creatively stifled, he's drinking a little too often and his cerebral palsy makes him feel like gay Shrek.

When River walks in, Elliott's life is turned upside down in the best way. River is funny, charming and makes him feel seen. But maybe that's part of the deal when you hire a sex worker.

Eliott is lost and he needs someone, anyone, to point him in the right direction.

After all, it's a long limp towards redemption.

A hilarious, sexy, ground-breaking debut novel about the intersection of queerness and disability, and discovering who you really are.