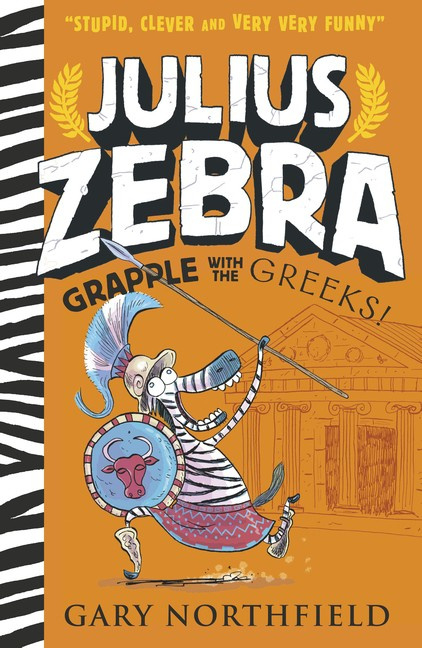 In the much-anticipated fourth Julius Zebra book, Grapple with the Greeks! , demi-god Heracles promises Julius and his chums a great reward if they can help him to find the lost Golden Apple. On this madcap new adventure, our unlikely heroes will confront the Minotaur in the labyrinth, trick a one-hundred-headed dragon at the Garden of Hesperides and, after a dramatic visit to King Midas, perform a daring rescue attempt in the depths of the Underworld. But what will the ever-watchful gods on Mount Olympus have to say about their antics? A hugely enjoyable addition to this internationally popular series.