Dog Man: A Tale of Two Kitties: From the Creator of Captain Underpants (Dog Man #3) 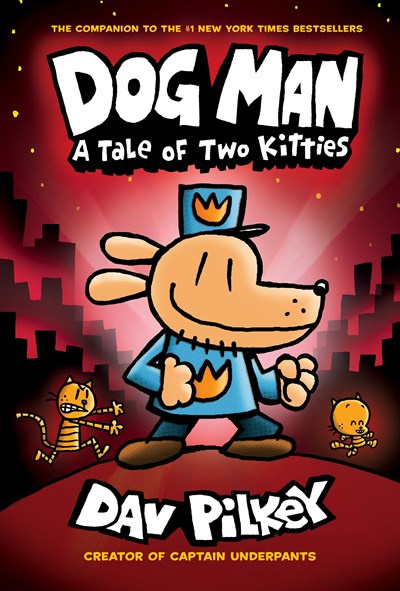 Howl with laughter with Dog Man, the #1 New York Times bestselling series from Dav Pilkey, the creator of Captain Underpants!

He was the best of dogs... He was the worst of dogs... It was the age of invention... It was the season of surprise... It was the eve of supa sadness... It was the dawn of hope... Dog Man hasn't always been a paws-itive addition to the police force. While he can muzzle miscreants, he tends to leave a slick of slobber in his wake! This time, Petey the Cat's dragged in a tiny bit of trouble -- a double in the form of a kitten clone. Dog Man will have to work twice as hard to bust these furballs and remain top dog!

Dav Pilkey's wildly popular Dog Man series appeals to readers of all ages and explores universally positive themes, including empathy, kindness, persistence, and the importance of being true to one's self.