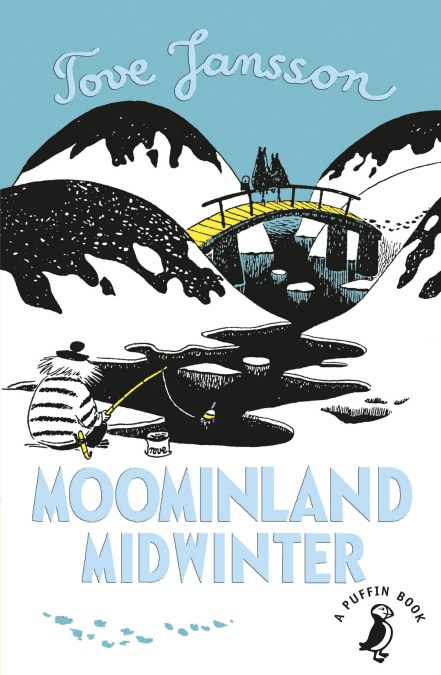 Soon to be MOOMINVALLEY, a MAJOR ANIMATED SERIES on SKY ONE starring Taron Egerton and Rosamund Pike!

'This is snow,' Moomintroll whispered to himself.

Moomins always sleep through the winter - or they did until the year Moomintroll woke up and found he couldn't go back to sleep again.

All the clocks had stopped, there was nothing to eat and no one to talk to at home, so he went out - straight into the first snowdrift he had ever seen.

The valley wasn't green any more, it was white and silent and very scary. But then Moomintroll spied some tracks in the snow and decided to follow them. Maybe he wasn't the only one awake in Moominvalley after all?