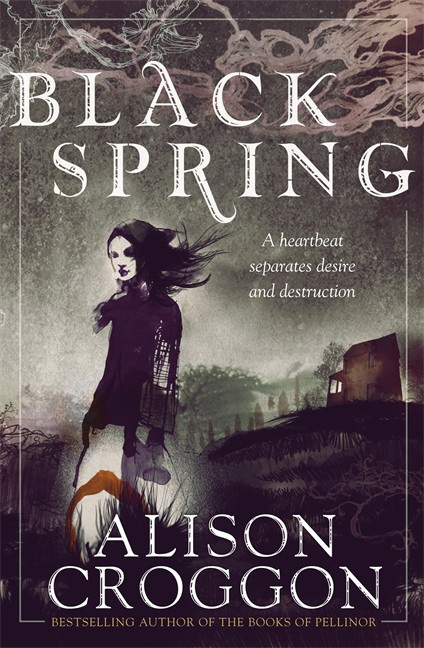 Black Spring takes the passionate story of Emily Bronte's Wuthering Heights and re-imagines it in a fantasy nineteenth-century society set in savage lands sustained by wizardry, where its people live by the vengeance code of vendetta. Like Wuthering Heights , it's a story within a story, featuring the brooding young Damek, who is swept along by his emotions. The object of his affections is Lina, daughter of the village lord, whose magical powers make her a witch and witches are not tolerated in this brutally patriarchal society. When Lina is sent away and forced to become a servant, Damek promises revenge and, like Heathcliff, spends a lifetime securing and refining it.