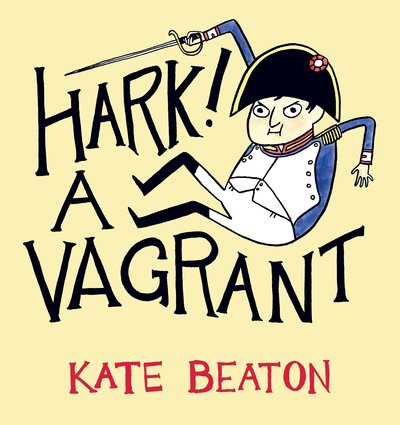 Since Kate Beaton appeared on the comics scene in 2007 her cartoons have become fan favourites and gathered an enormous following, appearing in the New Yorker, Harper and the LA Times, to name but a few. Her website, Hark! A Vagrant, receives an average of 1.2 million hits a month, 500 thousand of them unique. Why? Because she’s not just making silly jokes. She’s making jokes about everything we learned in school, and more.

Praised for their expression, intelligence and comic timing, her cartoons are best known for their wonderfully light touch on historical and literary topics. The jokes are a knowing look at history through a very modern perspective, written for every reader, and are a crusade against anyone with the idea that history is boring. It’s pretty hard to argue with that when you’re laughing your head off at a comic about Thucydides. They also cover whatever’s on her mind that week – be it the perils of city living or the pop-cultural infiltration of ‘Sex and the City’, featuring an array of characters, from a mischievous pony, to reinvented superheroes, to a surly teen duo who could be the anti-Hardy-Boys.

Perceptive, sharp and wonderfully irreverent, Hark! A Vagrant is is as informative as it is hilarious, and a comic collection to treasure.