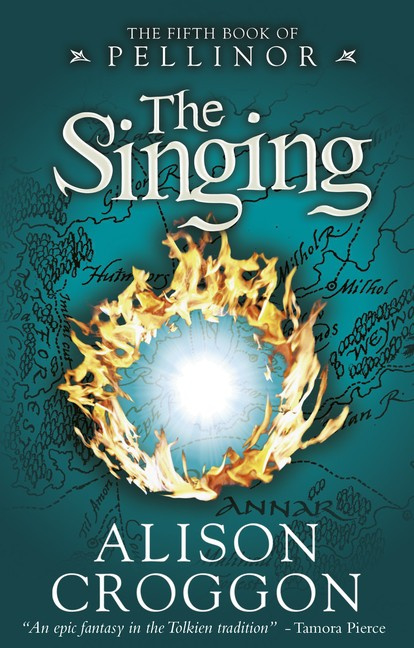 The Singing is the final instalment in Alison Croggon's highly acclaimed fantasy series The Books of Pellinor, perfect for fans of The Lord of the Rings , Trudi Canavan and Garth Nix.  The final book follows the separate journeys of Maerad and Cadvan, and Maerad's brother, Hem, as they desperately seek each other in an increasingly battle-torn land. The Black Army is moving north and Maerad has a mighty confrontation with the Landrost to save Innail. All the Seven Kingdoms are being threatened with defeat. Yet Maerad and Hem hold the key to the mysterious Singing and only in releasing the music of the Elidhu together may the Nameless One be defeated. Can brother and sister find each other in time to fight the Nameless One, and are they strong enough to defeat him?